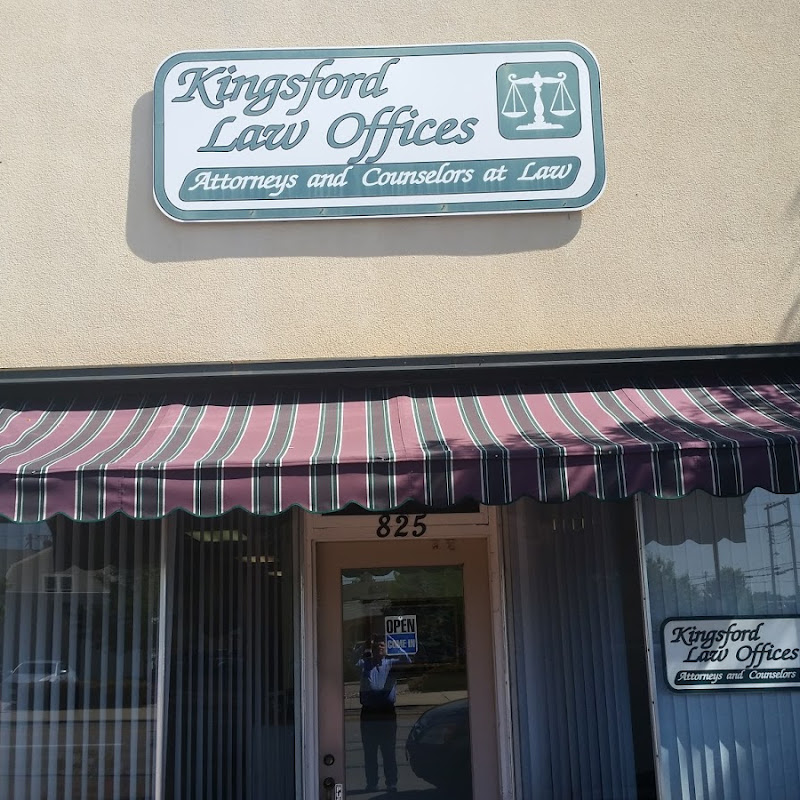 Kingsford lawn deserves negative stars. I never take the time to leave negative reviews. But I don’t want people to be robbed of their money and time like I was. 90% of the time I called the office they would not return my calls I had to continually follow up with them. Upon filing and submitting documents multiple mistakes were made which ended up costing me a lot of money and made my case take years longer than it should have. Nothing in their office seemed to go right, I would get calls saying that I was going to be fined because I hadn’t paid a bill when in fact they never sent me the bill(as soon as I got bills I paid them right away). I literally had to babysit their office and still nothing was done timely or correctly. In the end I had to end up getting a new lawyer, but the mistakes this office made ended up costing me thousands of dollars. Lastly don’t expect to get your retainer fee back on time I got mine back months after the agreed and signed date. Also they’ll take money from your retainer without telling you and I asked multiple times for a receipt to show me what they charged me for from my retainer and that was never given to me. Please do not give them your money, having to go through a lawyer is already stressful don’t add this stress to your plate.

The staff is very polite and the Attorney I meet with is very honest and straight forward he tells you what to expect on the case you speak to him charges for the consultation I tough was a little hig but is worth it.

I had a difficult time finding a lawyer who could understand the turmoil that I was going through. I'm so happy I came across him! He helped me so much and I plan to ask for help again!
Mark C. Anzman, Attorney at Law :: Peyton James J :: Otis & Bedingfield, LLC :: Brandon Marinoff – Marinoff and Associates, PC :: Trevino Law Firm

I've always received great counsel and legal help from Ron Kingsford and his team. They are accessible, responsive, and knowledgeable.

I am a client of Timothy McCarthy’s and he is amazing. He really went after what was best for my son in my child custody case. He stood up for me and my son the whole time. If you need a lawyer Tim is your guy he’s the best.

This is a first class law office. They gave great advice and were true to their word.

Went in to discuss bankruptcy and he was very helpful on what I needed to do, he was very personable, understanding and knowledgeable with my questions. Thank you Ron on seeing me and helping me.

I am a client of Timothy McCarthy and his paralegal Brian. I have had the most uplifting experience with these gentlemen. They are prompt and always courteous. They genuinely care about thier clients and their families. I have always been treated with kindness. The front office ladies Diane Stephanie and Clair are very welcoming as well. My all around experience has been a pleasure. I highly recommend this firm. Thank you for treating me as an individual and caring about my family and I. You all have made a huge impact in my life.

I have to say that my experience with Ron Kingsford has been great . I highly recommend his office! Ron Kingsford's legal advice helped me so much. I was about to get a warrant for my arrest when Ron Kingsford called the court for me and was able to get a continuance. Thanks to him i saved myself legal trouble. If you find yourself in the same situation i would recommend going here. I was treated with respect . Thank you for your help.

Although my case seemed simple, I had the most difficult time trying to locate a lawyer on behalf of my stolen dog, "Rocky", and his return home. My situation isn't exactly quite over, but I feel very confident of the outcome.
I was very impressed that Ron stepped up to help me in my desperate need for legal advise. Not only was he there the very first time, but he has repeatedly been there for me step by step through my dilemma and has given me the best advice in moving forward.
Of course, we cannot predict the future, but I truly believe Ron has given me the correct information that I needed to complete my journey and end it with a positive outcome.
Thank you so much for everything.
UPDATE!
I wanted to update my review....with Ron's help my dog, Rocky was returned!! He is home safe and sound. Thank you Ron for everything!

The lady at the front desk is very kind woman. But I would avoid Timothy McCarthy!

My experience with Ron Kingsford attorney and his staff.He is too notch,Very professional , knows what he is doing and knows his way around the court judges da erc.Alwzys very informative. Never left me guessing as to what was happening with my court proceedings.Prompt and on time.He is well worth the money spent.I felt totally confident he was going to do his very best to see my case through all the way to the end.He really knows what he is doing I would recommend him to other without hestitation.Always made me feel calm and comfortable.Would give me a thumbs up as things were proceeding well.I can't say enough about Ron.My entire experience with him and staff was a very positive professional confident calm and relaxed experience.If you are looking for a lawyer attorney that is great and can represent you in every case possible and do a 110 percent job all the way then you need to meet Ron and his staff.Very affordable.He is so super nice too. A calm very polite manner.His staff were very warm and friendly yet professional. They would let you know of any and all times places .Answer any questions you have.I feel like family when I go into his office.. the young gentlemen that took my payment is so very nice also.The women are very sweet very kind warm friendly feel when geeted.Go hire Ron Kingsford and his Staff.You wont be sorry you will I guaranty be very happy you did.He is a Christian man also I learned and that matters very much to me.He walks a long side of you on the way to court Very Very Fast.l I'm running as he is wAlking. Lol He is located in a very convienient location with good parking and walking distance to court house etc.For all you Attorney needs hire Ron but only if you want the best Attorney around that Will fight for you and win.Just totally awesome experience I would hire him again without hesitation without a doubt.Thank you, Sincererly, S.K.Howland - Birlew.He works Hard for You.He Cares about you and his work.He did an amazing job for me on several occasions and I felt like he did his best to get me the best outcome with what I needed him for this time and in the past .I felt like we won and I am totally blessed to have had Ron represent me.Thank you again a Grateful women.Sincerly S.K.Howland - Birlrew. October 8th 2017.Very Handsome Christian Professional Family Oriented Awesome Attorney At Law.What are you waiting for? He is busy so call his staff now!!!You Will Want him on your side.Very Pleased Client!

Great folks! They really listen and are knowledgeable. Their customer service was awesome. I left feeling very confident about my situation.

The Kingsford Law Offices handle all of my legal matters. As a owner of 2 small business it's important to me to know that I can trust that Ron and his team have my back. I'm a very busy person and I appreciate that Ron is able to make time for me. I find him to be extremely knowledgeable in all areas of law that I have encountered. I assure you I wouldn't recommend just anyone to handle your best interest when it comes to legal matters, I know Ron will do anything and everything he can to help you in your matters.

I am writing this review to present my opinion of the services provided by Ron A. Kingsford. I found his work on my behalf not only unsatisfactory, but also unacceptable.
I was looking for a representation for a protection / restraining order case in Weld county, because the nature of the case was not simple.
When I talked to Ron A. Kingsford he seemed to be knowledgeable, open, and attentive. However, as soon as I paid him my retainer, I felt like he wanted me to do his job for him. In particular, he wanted me to go find the plaintiff’s place of residence. The temporary restraining order which had already been issued indicated I should not have any contact with accuser. So my investigating of plaintiff’s place of residence could put me in additional legal jeopardy. The consequences I was trying to avoid. Then when I asked him what we need to do to prepare for the hearing. His answer was that we will be alright. After that time, it became difficult to get hold of him up until the hearing date. When the time came for the court hearing, he was not prepared what so ever. It looked like he thought that he would walk in to the courtroom and win the case effortlessly. Nevertheless, the reality was opposite.
After the hearing ended, on the way to out of the court building in hallway, he shared with me that we lost the case because the judge was female and did the ruling based on hate to the male kind. When I asked him what could be done to reverse the court’s decision, his answer was that I could hire him again to appeal the judge’s decision.
I asked him for my money back. He said that in his opinion he did a great job. When I repeated my request that I want my retainer back, he shouted several times loudly at me that I needed to calm down, as if I was about to offend him.
In the conclusion: I would not recommend Mr. Kingsford to anyone. Based on the service he provided me I would have less legal troubles. Actually, I recommend staying away from his services entirely.

I have been using the services of Ron Kingsford for a few years and he represented me and my family both personal and in business.
Not only does Ron do a great job in legal system he goes beyond the mark and has help me through some difficult times personally.
I would recommend Ron and his staff for any legal needs you may have. He is a man of his word, and cares about the people he serves.
Clair Hull

Leave A Review For For Kingsford Law Offices